During the Napoleonic Wars, a chain of coastal fortifications were built around the UK, with St. Catherine’s Island chosen as a site due to its prominence and proximity to the ports of Pembroke and Milford. Work began in 1867 and was completed in 1870, by the building contractor Mr. George Thomas of Orielton Terrace, Pembroke Dock. The fort was not fully armed for a further 16 years, by 1886 it had its full armament of 6 x 7inch R.M.L’s housed in the casemate areas of the gun deck and 3 x 9inch R.M.L’s on roof battery. 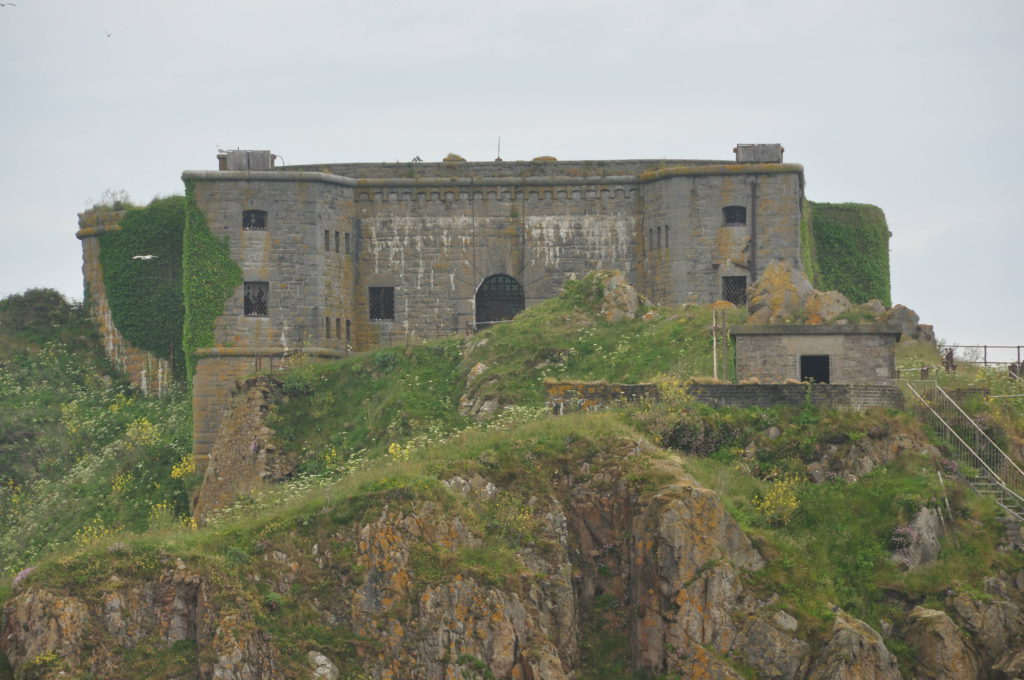 This file is licensed under the Creative Commons Attribution-Share Alike 4.0 International license. Image by Nilfanion/Pembrokeshire 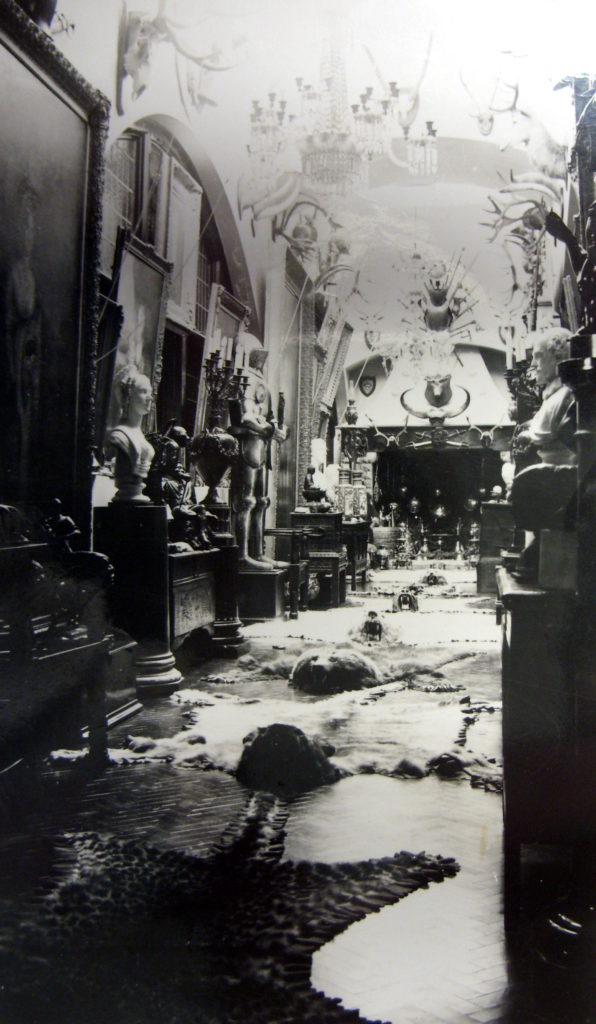 Image Credit: Country Life advert and the auction catalogue from 1939 (postponed to 1940).

In 1907 the Island was sold privately for £500, and eventually by way of further sale, found its way into the hands of the wealthy Windsor – Richards family, who were involved in the South Wales Iron and Steel Industry. The elegance of their occupation is well remembered, with the main hall carpeted with animal skins, glass trophy cabinets, Tapestries, and many Stag heads and hunting trophies bedecking the walls. The principal rooms were furnished in period styles, with the main hall containing its huge open fireplace being a focal point for numerous lavish celebrations, in particular, the Tenby Hunt Ball. They also built a 2 bedroom summerhouse at the front of the island. When the house was compulsory purchased in 1940 the internal fittings were auctioned by Harrods and the catalogue still exists. 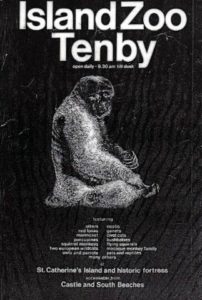 The fort was sold to a Tenby businessman in 1962 and in March 1968 the fort was turned into a zoo. The 10 year zoo period housed three different operators before eventually relocating in 1979. The fort has effectively stood empty since this time.

This message is only visible to admins.
Problem displaying Facebook posts. Backup cache in use.
Click to show error
Error: Error validating access token: The session has been invalidated because the user changed their password or Facebook has changed the session for security reasons. Type: OAuthException

Good morning all :) Well, what a day we had yesterday :) So many lovely visitors to check out our spotlessly clean (In terms of being one hundred and fifty years old and ex-abandoned) Fort & stunning Island. We will next be open from Wednesday the 13th of April (The same day as the Caldey boats start running again :) ). This is due to us having late tides for the next few days and thus not allowing access to the Island at a sociable hour LOL :D Today's photo is of a Black-Headed Gull which was a new species to our log started last year of animals spotted on or around St Catherine's Island.Watch this space for further updates, news and opening times or drop us a message :) Have a great day folks :) #LoveTenby ... See MoreSee Less

Good morning folks ☺️Well, here we are at the start of another season 😁😁 We are open today as soon as the tide goes out around 2pm until 6pm.We hope you're all ok and look forward to seeing so many wonderful new and old faces.A massive shout out to all the staff for their incredible work throughout the winter and especially in the last few weeks. Getting the fort looking even better than ever and enabling us to open more areas this season. Have a great day folks and hopefully we will see you soon 😁😁👍👍#LoveTenby ... See MoreSee Less

Good morning folks ☺️👍We hope you are all well.Just a quick message to let you know that we are open this Saturday to mark the start of the new season 2022!! It seems soooo long ago that we closed up for the season at the end of October. We were hoping to open last weekend but the jobs kept presenting themselves 😬We have so many great projects pending that it looks like the work will be ongoing throughout the year just to get them all done (Or at least a million jobs of the 44 million we'd LIKE to get done LOL 🤣😂). Have a great week everyone and hopefully we will see you soon ☺️☺️#LoveTenby ... See MoreSee Less

Visit any of our social networking sites to post comments, views or simply to share a photo or two.